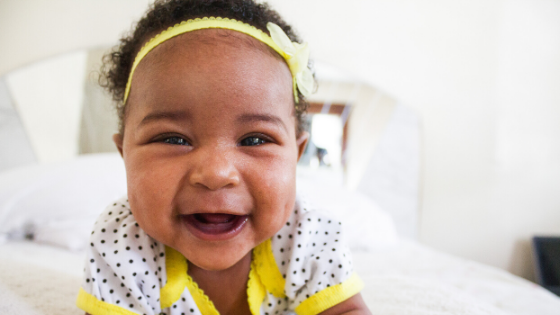 The first 12 months of life is the fastest growth period in a human’s life – a baby’s weight can triple by twelve months of age. Making sure your baby is fed properly is critical for normal growth and development.

During this phase of growth, it is important to provide the body with essential nutrients early on. Childhood in its early years is the most important time for brain development as children start to learn new things and experiment with new ideas.

Rice, also known as Oryza sativa is a plant belonging to the family of grasses, Gramineae. It is regarded as one of the three major cereal crops in the world. It also forms a staple diet of one third of the world population.

A rice grain majorly comprises a husk layer (20% of paddy weight), bran layer and an endosperm. The husk layer protects the grain kernel from fungal or pest attack. Once this is removed, the rice is known as ‘brown’, as it then contains the bran and endosperm. The bran layer on the other hand is composed of pericarp, testa, aluerone layer and the embryo. The amount of bran which should be removed is known as the milling degree and it varies across the countries.

Finger Millet or Ragi (Eleusinecoracana) is one of the most ancient crops in the world and still being cultivated in the arid and semi-arid tropics of Africa and Asia as a food and fodder crop. Ragi is regarded as a healthy food too. There was a popular belief in India in the past that predominantly ragi consuming population did seldom suffer from any serious illness. Most important and highly appreciated quality of ragi grain is its low glycemic index and absence of gluten in the grain that makes an ideal food for diabetic patients.

It’s true that infants have low levels of pancreatic amylase, the workhorse of starch digestion in adults. Research in the 1960’s and 1970’s showed that pancreatic amylase activity, measured in samples of fluid from the small intestine, is almost non-existent in newborns.

Activity starts to increase within the first six months, however, and continues ramping up throughout childhood.1 By four to six months, when many babies are introduced to starch in the form of cereals, there is some pancreatic amylase activity, but still much less than that found in older children and adults.

On the other hand, newborns secrete little salivary amylase, production increases quickly in the first few months after birth, reaching near adult levels by 6 months of age. Salivary amylase appears to survive the acidic conditions of the stomach reasonably well and is protected by both the presence of starch and breast milk. Once it is dumped into the small intestine, where pH is more neutral, it resumes its work of breaking down starch. They also get a good source of amylase from breast milk.